Digging into archives and guessing where and when a particular photograph was taken:  one of Tanguy Ottomer’s – Antwerp’s best known City guide – favourite pass times.  He wanted to share this passion and so the idea for the “TIME MACHINE-ANTWERP” book was born. Tanguy selected 50 photographs of places in the City of the river Scheldt taken in the past, most of them discovered in the vaults of the Antwerp FelixArchives. Sometimes the views of the city on these old pictures have remained unchanged, sometimes they are almost unrecognisable. One has to concentrate on buildings or other points of orientation to find a clue as to where the photo was taken. With these snapshots in his bag, photographer Jeroen Verrecht strolled through the city to take a new picture of the 50 streets and squares as they look today, using the same viewpoints as in the old pictures.  The 50 “before and after” snapshots have been brought together in this book. The reader must guess where a particular snapshot from the archives was taken. This is why Tanguy doesn’t give info next to the “old” photo: when turning the page the reader gets he “solution”. Here is Jeroen Verrecht’s photo which will show you exactly the same image as it is today, accompanied by a brief explanation of the photographs. 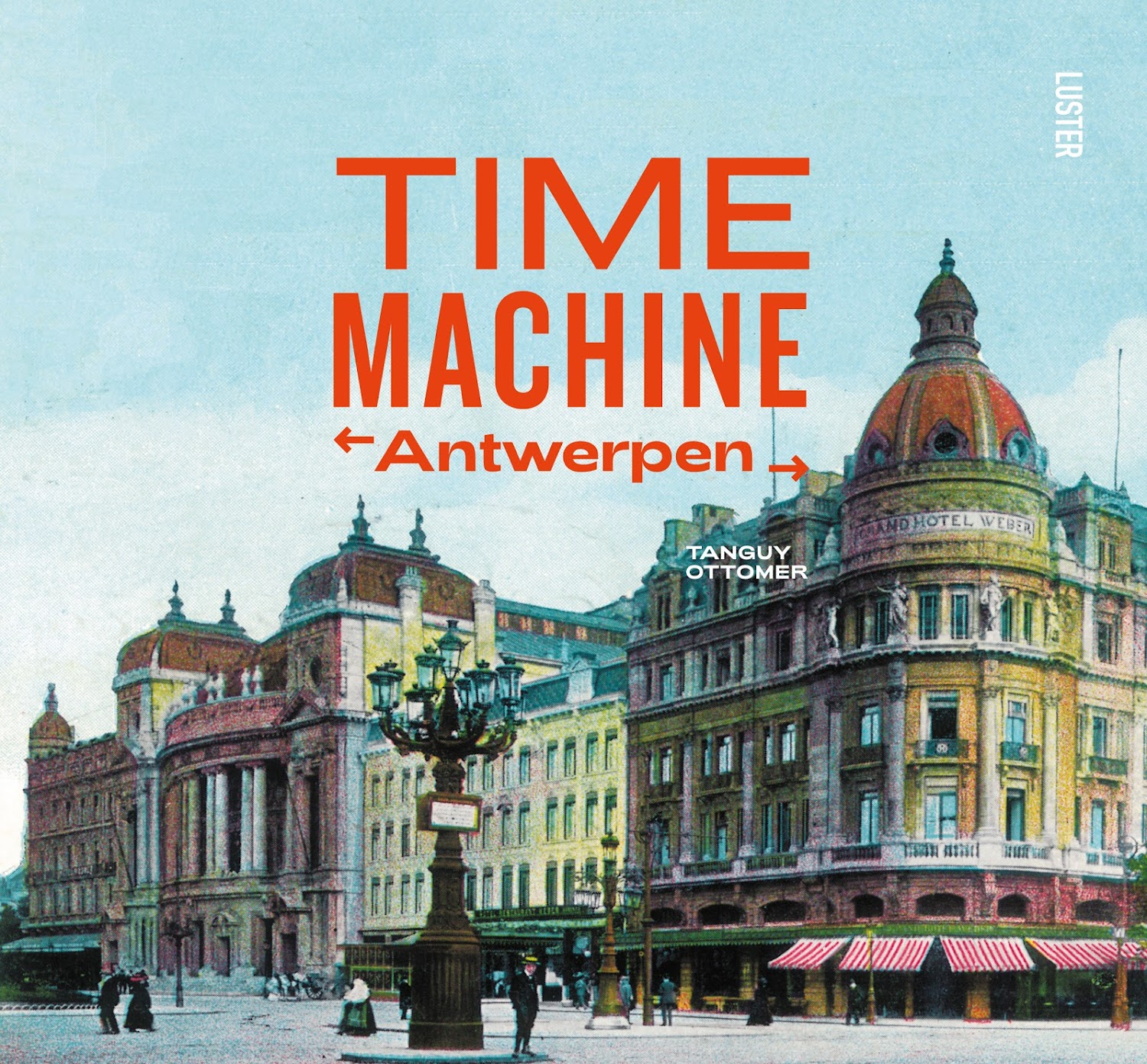 Fill in your e-mailadress and receive a price notice for Time Machine Antwerp.